The Red Sea is a year-round expanse of warm water with exciting diving opportunities marked by great underwater visibility that let us observe variety of shark species, dugongs, dolphins, turtles and other marine animals from a distance and up close and personal. Fun-filled moments with hearty camaraderie are certain on any live-a-board, and it was especially so on this one. I could tell I was with a like-minded group of people while on the bus ride from Cairo International Airport to Marsa Alam in the south-east of Egypt, where we were to embark on our week-long live-a-board adventure. 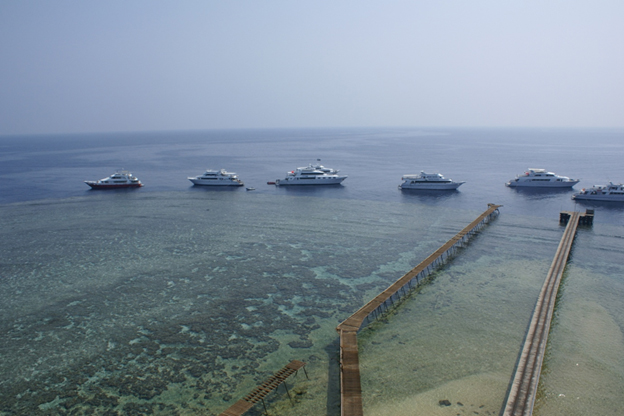 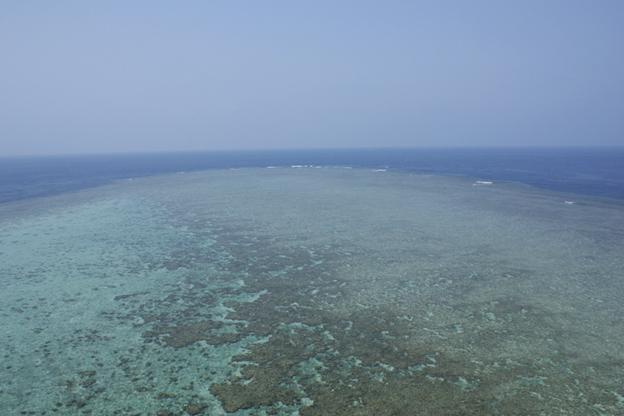 After a few days of dive hopping, we saw a lighthouse in the middle of the sea. This is Daedalus Reef, 90km from Marsa Alam and home to brightly colored corals, hammerhead sharks and plenty other marine life. 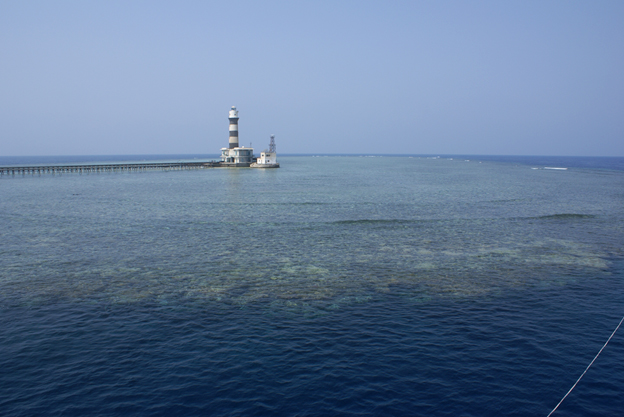 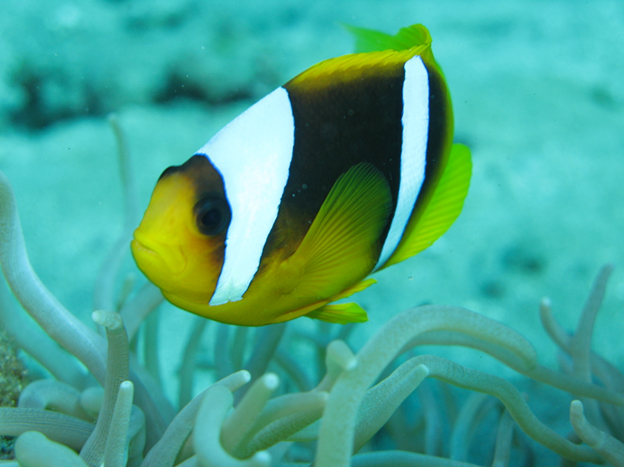 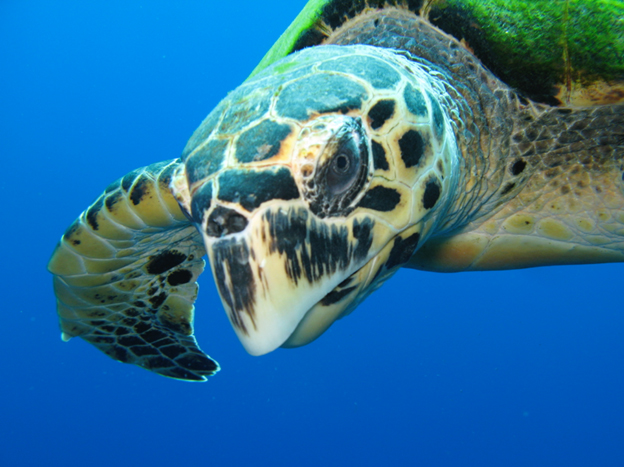 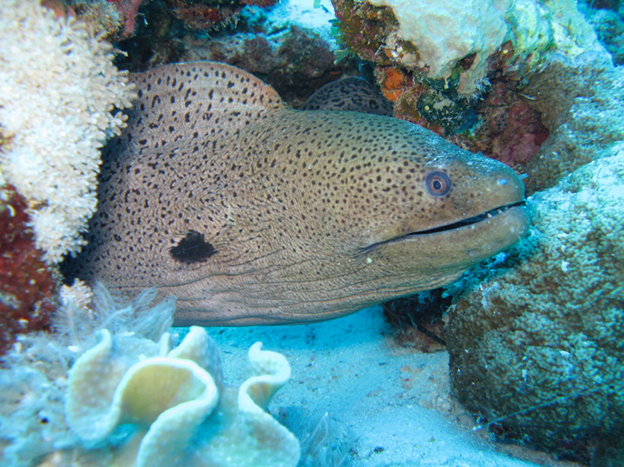 The lighthouse stands on a 400m by 100m reef, barely submerged under water, enough for boats to miss seeing this coral paradise from a short distance away. It was surreal to step on the reef in the middle of the sea with 100 meters or so below me. It was also a relief to be on solid ground after a few days at sea. The Red Sea Coral Reef is said to be one of the oldest reefs in the world, 5000-7000 years old. 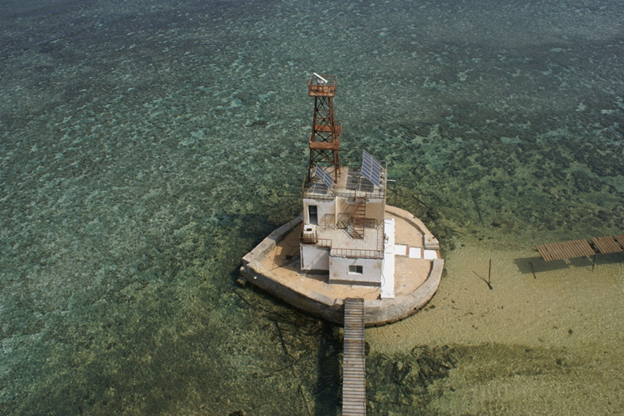 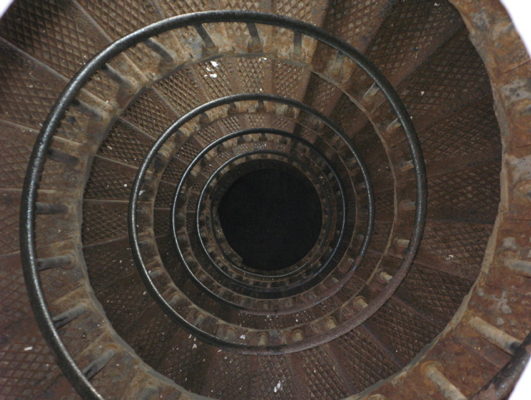 Photo: stairs to the top of the lighthouse at Daedalus Reef, Red Sea, Egypt

October is a great month for diving and outdoor living: not too hot and still sunny and warm. Even during the fall, the water temperature at a depth of 30 meters was an inviting 21 degrees Celsius, which encouraged us to leap into the water without wetsuits. I tried it once and felt cold after 30 minutes, so here I am with a wetsuit. 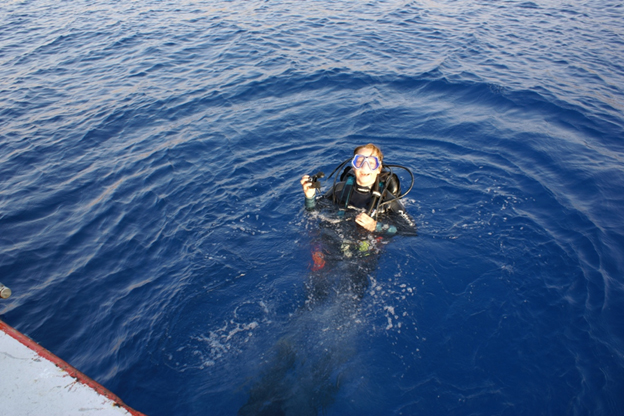 Photo: diver in the Red Sea at Daedalus Reef

Encounter with a white-tip shark

One evening we saw three white-tip sharks swimming around our boat. There was great excitement among us as we debated whether or not to dive, but for some reason we did not go in. 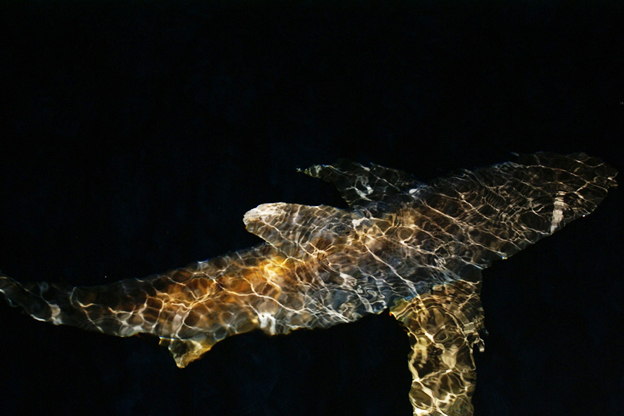 Fortunately, the sharks visited us the next day just after lunch. I and three others plunged into the sea, only 10 meters down to be level with the man-eaters. The sharks were swimming circles around the boat (and us). After half an hour, I thought, “is this shark eyeballing me?” It was certainly a look, yet I was taken by this beautiful, intimidating creature. There was nothing but quiet in my brain. There were few other boats parked in this spot; some of those passengers were feeding the sharks. Rather than stunt the shark’s hunger, the food acts like an appetizer for their main meal: us. We decided at that point to return to the boat. It was safer, especially that the shark’s circle was getting tighter. 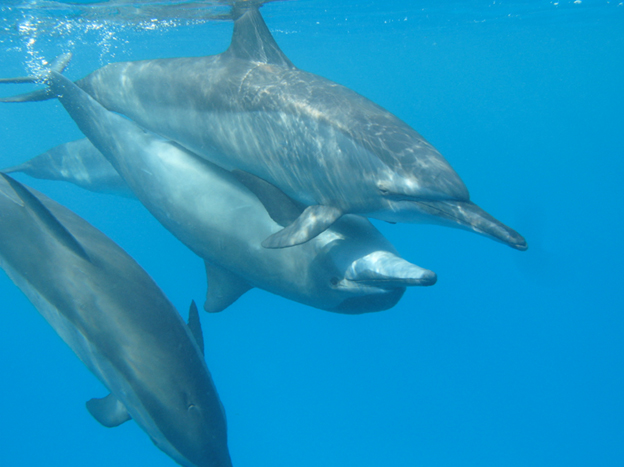 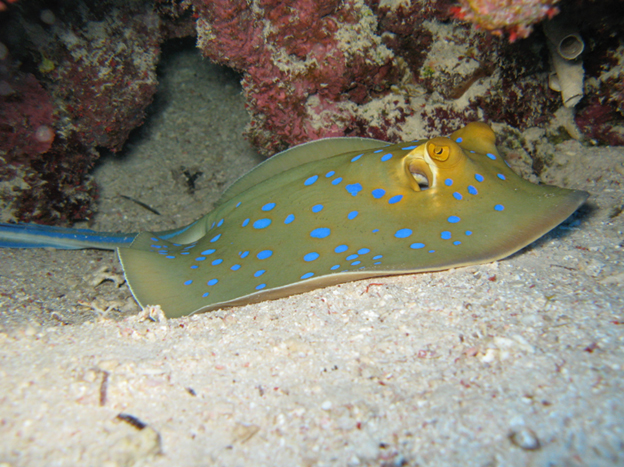 Swimming with a Dugong

I had never seen a dugong before. Sadly, they are a threatened species. This dugong was eating away at the sea floor and was rather sweet looking. Still, I was happy to know the dugong is vegetarian! 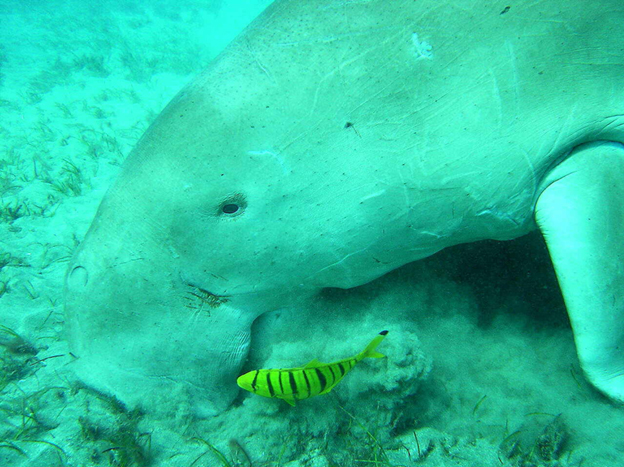 The diving trip was truly unforgettable with gorgeous sunset views, ocean views and evenings playing board games or just chatting. Conversations inevitably moved towards personal diving experiences, exciting and scary ones. Later in the evening, over the moonlit night my husband and I would sip on our favorite drink. Ahh, what bliss! 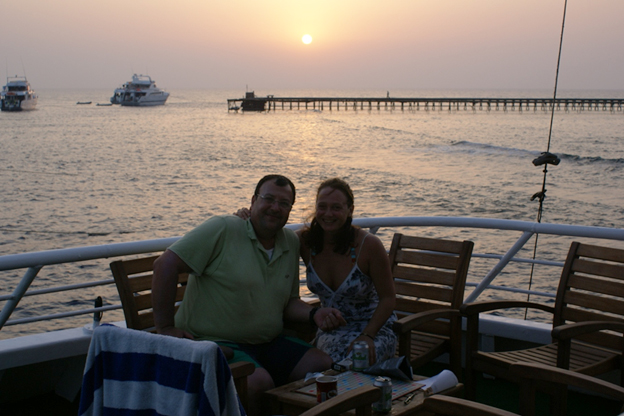 Photo: watching the sunset on the live-a-board on our private deck at Daedalus Reef, Red Sea, Egypt

Diving in a small yacht is a great way to spend your holiday after COVOD-19, especially if you arrange a private adventure with people you know.
These trips can be wonderful, but a lot can go wrong, especially if you choose the wrong operator, crew or dive master.
Tip
Choosing the right operator is crucial to a safe and enjoyable dive experience. There are so many dive operators out there, it can get confusing to know which one to select. Certainly, where you want to go and the types of dives you want will play a big role in your decision. Above all, you will want to be on a live-a-board with crew that has a good safety record. 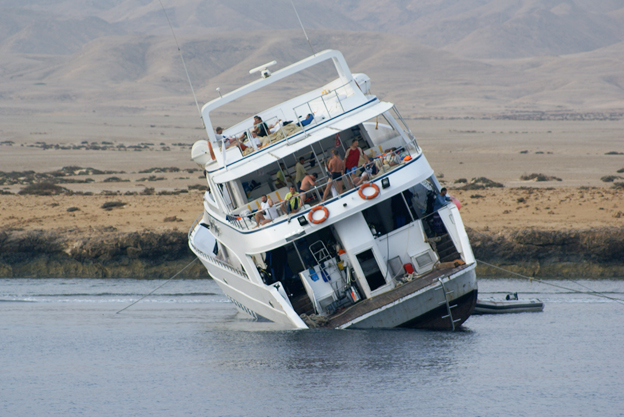 Email me with all of your questions today.